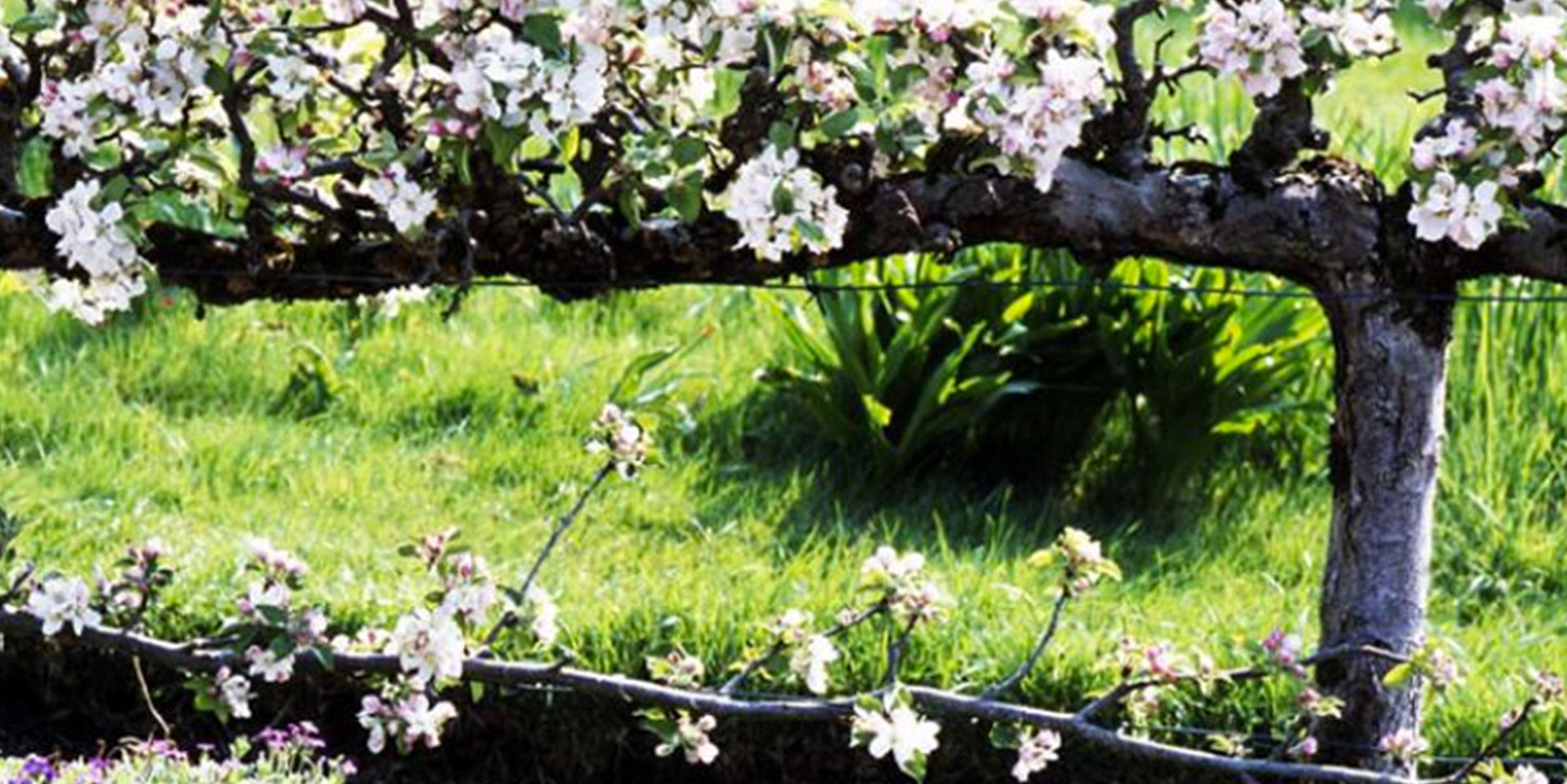 The garden in spring

The spring: informal and exuberant gardens

March:
End of March, at the beginning of spring, the first floral bouquets are composed of hyacinths, botanical narcissi, pansies and violas, with manifold varieties and colour. It is also at this time the Foundation Claude Monet opens to the public.

Others first spring flowers, daisies appear little by little in the paths, bordered with pink and purple aubrietias and pink and white cress.

April:
The Clos Normand comes into its full bloom. The main blooms are the great hybrids, narcissi and daffodils, and the tulips. They are joined by others spring bulbs, such as fritillaria of all colours. Over the month, the wallflowers (cheiranthus cheiri) start to appear.

At the same time, the two of the emblematic trees in Monet’s garden, the apple tree and the cherry tree, start to bloom.
Over the 38 “tombs” or “paint boxes”, true palettes of colours, follow a chromatic transition from white to purple.

The clematis Montana grows and trails high above this palette.
In the water garden, the first spring flowers slowly awake…

May:
In the Clos Normand, May is the best period for the tulips and the forget-me-nots, a romantic association enhanced by annual honesty (lunaria annua) and dame’s rocket (hesperis matronalis).

The explosion of tulips is succeeded by a multitude of exotic bulbs, in tones of blue-violet and cream, such as the eremurus, the galtonias and the camus lilies.

At the end of May, appear the flowers among the most painted by Claude Monet: a multitude of poppies (papaver rhoeas and papaver somniferum) and, of course, the famous paths of irises, along with peonies, which border half of the Clos Normand.

In the water garden, the atmosphere is sereine and natural, the trees like Japanese maple and the centennial copper beech begin to display their spring foliage while the rhododendrons and the Japanese azaleas start to bloom. The fragrant wisteria, winding itself around the Japanese bridge, begins to exhale its perfume.