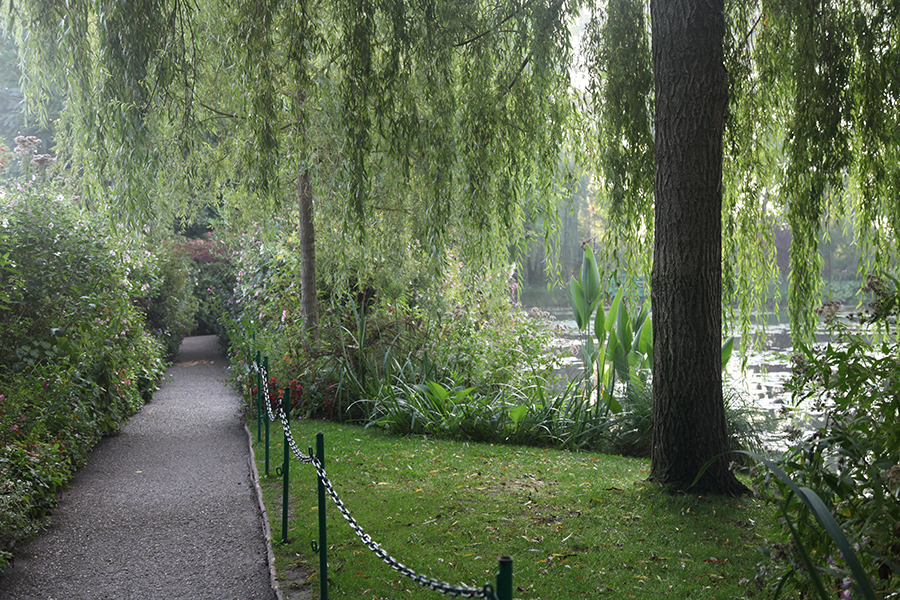 A member of the salicaceae family, the weeping willow (Salix babylonica) is native to China.
Imported to Europe at the end of 17th Century from Japan, it became a classic, ornamental tree near water. Its cascading, drooping bearing gives it a strange, sometimes melancholic, beauty.
During the last years of his life, Claude Monet concentrated on the effects of lights in the water lily pond. The green fronds of the willows became the main subject of twelve canvases painted between 1918 and 1922 and simply entitled “Saules pleureurs”.

Where to see them?
At the edge of the water lily pond, all year round.

How to cultivate them?
Plant them, roots in the water and let them grow. Anticipate a lot of space from the beginning in order to avoid being surprised one day.