Philippe Piguet, art historian, art critic and curator of the Normandy Impressionist Festival, continues his usual lecture series at Fondation Monet in 2020. Read our interview with the grandson of Claude Monet’s stepdaughter... 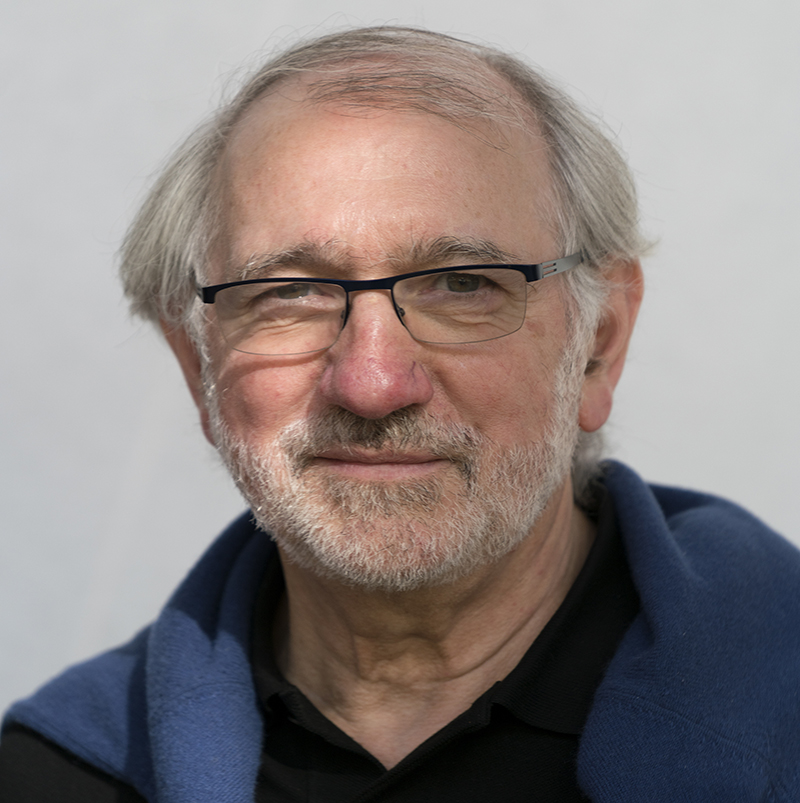 The fourth Normandy Impressionist Festival will be held from 3 April to 6 September. Its overarching theme is ‘Colour, one day at a time’. Is this a rallying cry uniting yesterday’s impressionists and today’s artists?

Definitely, where this phrase has two specific elements. Firstly, the impressionists were the first to liberate colour from the subject’s constraints, meaning that they opened the door to a potential situation that went on to be called abstraction. Let’s remember that the impressionists were not seeking to capture a loyal depiction of their chosen motif, but to express an impression and feeling through colour. Secondly, we want to highlight the fact that the impressionists brushed aside all conventional academic and aesthetic canons: mythology, allegory, historical paintings, etc.  They wanted to capture everyday life, one day at a time! The concept of series therefore led them to depict the motif at several different times during the day. ‘One day at a time’ also evokes something undefined in time, which reaches all the way to us today. This is why we welcome modern art. Of course, the criteria and techniques are different because times have changed. But there is a definite link between yesterday’s impressionists and today’s artists!

Giverny is a key impressionist town. What role will it play in this festival?

The ‘Plein air. From Corot to Monet’ exhibition organised at the impressionist museum will be iconic as it highlights the paint tube, a technical advance that enabled artists to paint on the spot. In modern terminology, we would say ‘in situ’. This exhibition will symbolise the dynamic created by the impressionists. Speaking generally, Giverny will naturally play a role in the festival, especially as the unadulterated story of impressionism starts with Claude Monet and his water lily pond!

Of the events featured in the festival, which one gives the biggest nod to Claude Monet?

One pops into my head immediately. It is the organisation – or rather the reactivation – of a work by Daniel Buren in Deauville in the form of a regatta. When I think of Monet, I think of Regatta at Argenteuil!  Buren came up with the concept in 1975. Nine sails/canvases painted by the artist using colourful, striped patterns will be hoisted on optimists on 18 July as part of a regatta. At the end of the race, the sails will be taken down  and exhibited at Franciscaines, the town’s new cultural venue. It’s a must-see!

As usual, and as part of the Normandy Impressionist Festival, you will hold a new series of lectures in the Fondation’s studio/lounge. The first, ‘Monet as a friend: Renoir, Geoffroy and Clemenceau’, will be held on 14 May. In your opinion, what brought Monet and Clemenceau together, as they were two men with quite different temperaments?

An awareness of history. One in terms of the responsibility he assumed in striving to win the war. The other, in terms of historical responsibility as well, from the time he created impressionism to his unprecedented 360° immersive and poetic artwork.  Both unfailingly supported each other through the difficulties that life placed along their paths. When Monet became a widow for the second time in 1911, Clemenceau was there for him. And remember that Clemenceau, as soon as he left the trenches, came to recuperate at Giverny.

Could we say that Monet forged himself through these friendships?

Family and friends were the two key anchors he relied on throughout his life. They helped him continue the aesthetic battle he was fighting. With his family and friends, Claude Monet found a constant source of comfort for his worries and someone with whom to share his joys.

The second lecture on 9 July is entitled ‘Monet’s table’. The Giverny master never helped in the kitchen but was always on the lookout for new culinary delights. Could we say that he inspired the household’s culinary art?

I don’t know if I’d go as far as to say that. But it is true that he had a wide-ranging culinary curiosity and was always interested in some foods from England, among other countries. He always paid close attention to the food that was served. He never pitched in with the cooking or preparation but he was the only one allowed to season the salad! And of course he was the one who chose the wine. His favourite? A Sancerre white wine. And for his favourite dish, I would say Florentine-style sole.

‘Family saga: Monet, Hoschedé-Monet & Butler’ on 8 October will bring your lecture series to a close. Could you call this family a clan?

Yes, you could! There is also the idea of a connection to impressionism in the work by Blanche Hoschedé as well as Theodore Butler. We can definitely say that this saga revolves around three people: Claude Monet, his stepdaughter Blanche, and Theodore Butler who married his stepdaughter Suzanne. There is so much to examine, in terms of their complicity in regard to motif as well as the type of impressionist writing style that brought them together.

For many years now, you have been deciphering the work of Blanche Hoschedé. What do you think about her current popularity?

It has experienced many ups and downs over the past ten years. Her popularity is growing but varies depending on the motif depicted. The art market seems to respond better to subjects in Blanche’s paintings with links to Claude Monet. That’s how the market works! But I can assure you that not a week goes by without someone contacting me about her, including auctioneers asking about a painting being auctioned. And given the fact that I am working on a comprehensive annotated catalogue of her work, I receive many requests for certificates of authenticity.

In a previous interview, art historian Pascal Bonafoux expressed his wish that Claude Monet’s letters may one day be published…

The letters appear in Daniel Wildenstein’s comprehensive annotated catalogue. But you are right, they have never been gathered together in one single publication. It would be exciting if such a book, solely comprising that type of source material, existed! My personal project is to publish all the epistolary archives that I own. They include Alice’s letters which are irresistibly intriguing! I’ve been working on it for a long time. Ideally, the project will be finished for the 100th anniversary of Monet’s death, in 2026!