29 April 1883. Claude Monet moved to Giverny with his family. How did this born-and-bred Parisian, who carried his easel to countless different lighting landscapes, stumble across this little slice of paradise hidden in the Eure region’s hinterland? 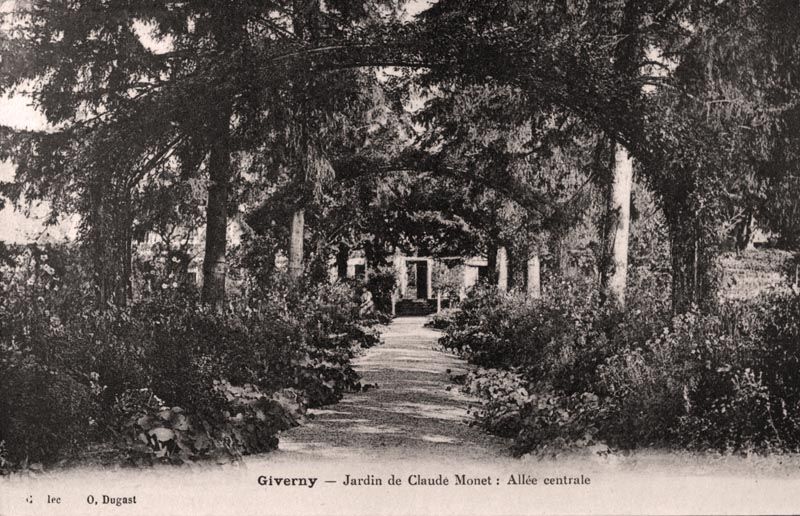 “Ah, if only I could settle down in one place,” Claude Monet would endlessly yearn, seeking stability. In the spring of 1883, he had to leave his house in Poissy, where he had lived from December 1881. As he did so, the artist dreamed of putting an end to his exhausting, endless wanderings. Hoping to find a home away from Paris, while being close enough to return once a week, he set his heart on the Normandy region.

Claude Monet and Normandy had already shared a long history together. While the first five years of his life were spent in Paris, he grew up in Le Havre staying with his aunt Marie-Jeanne Lecadre, who played a key role in his life. It was in Le Havre that Oscar-Claude Monet discovered painting at Eugène Boudin’s side. And still in Le Havre, where he painted the founding impressionism painting, ‘Impression, sunrise’, in 1872 in a room at the Amirauté Hotel. Honfleur (1866), Etretat (winter of 1868-1869) where he painted the stunning ‘The Magpie’ artwork in his youth, Trouville (1870), Fécamp (1897), Dieppe and even Pourville (1882)… Fascinated by this elusive, changing light, the artist constantly criss-crossed his favourite region. In addition to awakening his emotions and his inspiration, Normandy reassured and reinvigorated him. Whenever he was going through difficult times, particularly when he had financial woes, Claude Monet would head off to his beloved Normandy. So in 1867, beset by significant financial issues, the artist spent the summer with his family at a seaside resort in the La Manche region. He returned with the ‘Garden at Sainte-Adresse’ painting in which he captured his aunt and father against a backdrop of steam boats and sailboats. This masterpiece cemented his firm ties with Normandy.

While he loved the sea and the coast, it was on the banks of the River Seine that Claude Monet chose to reside until his final days. But how in the world did he manage to discover the peaceful little village of Giverny, tucked away from prying eyes with only 279 inhabitants in 1883? In ‘Monet: the Triumph of Impressionism’, Daniel Wildenstein confirms that Claude Monet had already long known about the town of Vernon. Did he stroll its streets in 1868 during his stay at Bennecourt with Camille Doncieux? Many think so. Did he return there when he stayed at Vétheuil from 1878 to 1881? It is highly likely. If we believe his step-son Jean-Pierre Hoschedé, it was during an exploration trip on the little train connecting Vernon and Gisors that Claude Monet spotted Giverny. A walk may have also helped the artist to confirm his instant love for the village. Germaine, Jean-Pierre’s sister, further claimed that Claude Monet fell in love with the fruit trees around the Maison du Pressoir: the famous pink render and green shutter house that would forever seal Claude Monet’s fate… 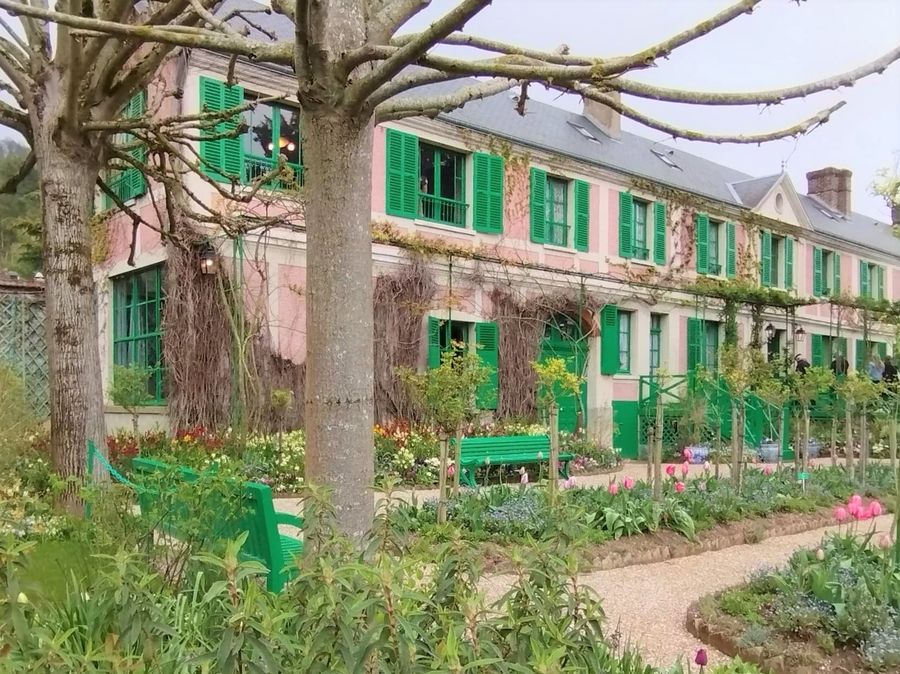