Since it is still impossible for us to travel, let’s take a breath of fresh air in Claude Monet’s footsteps? Focus on the colourful views from Holland, which were immortalised by the master of Impressionnism in May 1886… 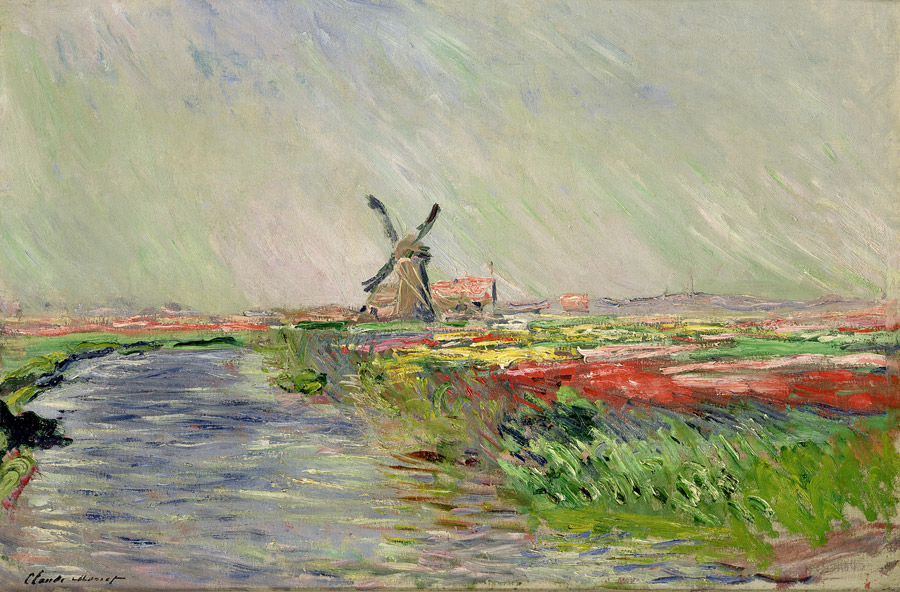 April 17, 1886.The baron d’Estournelles de Constant, secretary of the French Embassy at La Haye sent Claude Monet a missive inviting him to come to paint in Holland: “Holland, between Haarlem and La Haye starts to be covered in hyacinths and tulips fields […]. As far as the eye can see, there are multi-coloured, sparkling expanses, resembling different coloured lights in the sunshine, or pastel hues. […] And yesterday, while observing these multi-coloured expanses, I thought you would do marvellous work here and it would be a crime to not let you know. […] The reds and whites of tulips are spectacular. Hurry up…” 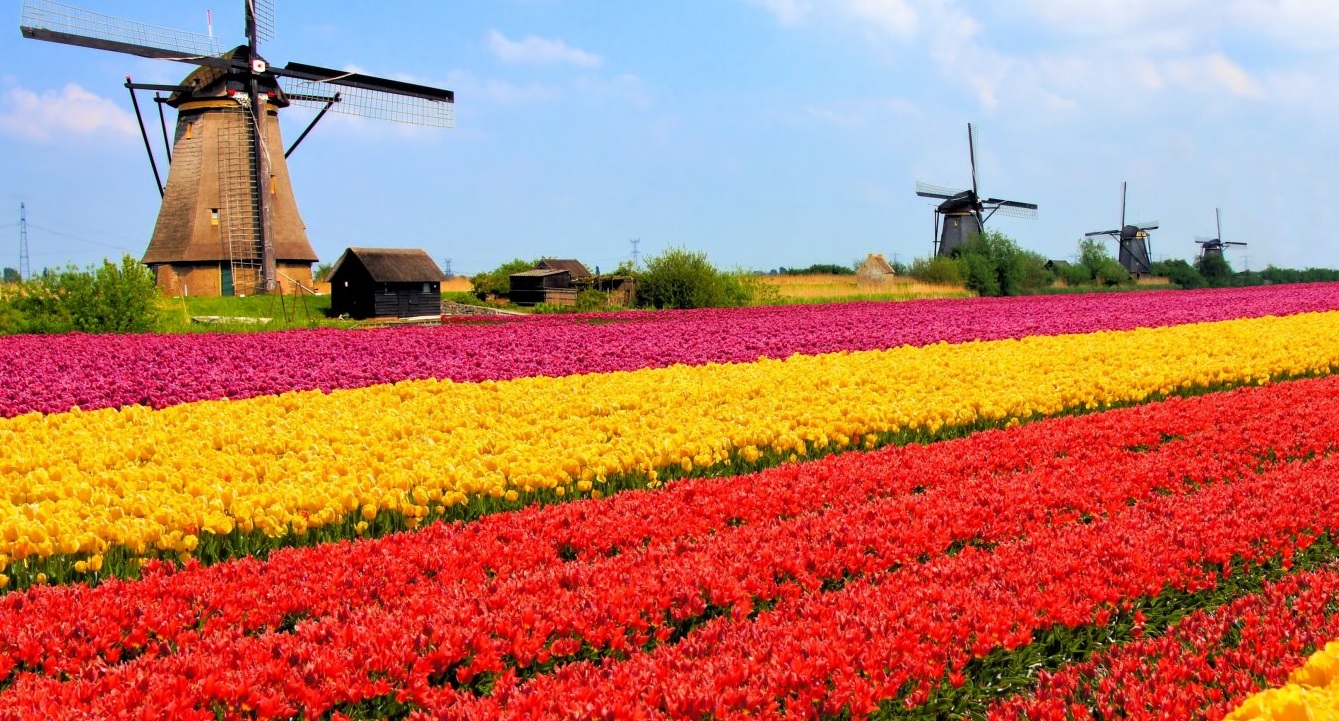 April 27, 1886. Responding to this attractive invitation, Claude Monet catches a train to Holland. This land of contrast is not unknown to him. In June 1871, he had already sojourned in Zaandam, typical city in Northern Holland, with his wife Camille and his son Jean. There he painted narrow canals, villas and older houses, mills and hangars. “There is enough to paint a whole life”, he confessed… Charmed by the country, Claude Monet made, in January 1874, a second journey to Holland. The opportunity to immortalise the incredible Amsterdam and its surroundings.

At the beginning of May 1886, it is north of La Haye, between Leyde and Haarlem, where Claude Monet set his easel. His eager eye for new perspectives discovered there the famous fields of tulips. Stunned by this surprising expanse of infinite nuances of colours, he relished these red, white or yellow lines extending to the horizon! Under an auspicious sun, the painter started, with rage and excitement, a subject which at first seemed to him “impossible to render”.

This fantastic experience not only influenced Claude Monet’s brushstrokes. Back to Giverny, he wanted to recreate, in his garden, the effect of these expanses of pure colours with rectangular, monochromatic flowerbeds. The imagination of the painter and horticulturalist is one more time enlightened! 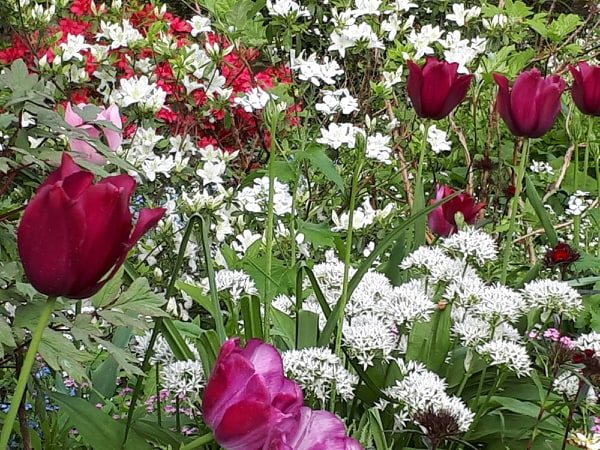